Posted on January 19, 2015 by mondaysatthealtar 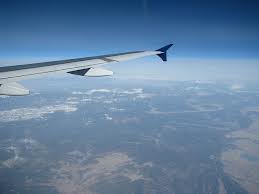 I recently flew to Houston for the homegoing celebration of the life of a friend. His wife and I were prayer partners throughout divinity school and they were my family when I lived in North Carolina so in spite of what felt like the flu, there was no way I was going to miss it. On my flight there, the pilot came on the intercom before takeoff to let us know that there was a lot of turbulence expected during the trip. As we waited to leave the airport, the flight was delayed because the pilot was waiting for instructions on an alternate route we could take to avoid most of the turbulence that was predicted. Not only would we take an alternate route but the pilot let us know that we would not be flying at the usual altitude in order to manage the expected turbulence. I was grateful for these adjustments because I’m not a big fan of flying and the thought of having a topsy-turvy ride on my way to say goodbye to my friend, was the last thing I wanted to do. Well, as God would have it, the turbulence on the way there was not so bad. It’s not that we didn’t experience turbulence but it just wasn’t at all as bad as we were warned it would be. Perhaps I had adequately braced myself for the worst. Perhaps, the cold I was fighting made the turbulence less formidable to me. Or, it could have been the prayers that went up and God’s hand of mercy that made the trip there more bearable. You see, I had time during our delay to text some friends and family members and ask them to pray for

traveling mercies. Those prayers coupled with my own and those of the petrified woman sitting next to me resulted in a peace and calm that made the turbulence pale in comparison.

The return trip wasn’t quite as pleasant. There was no alternate route. There was no information relayed to us that we would fly at a lower altitude. There was only the announcement that there would be a bumpy ride and the pilot would give us a warning when we should fasten our seat belts and hold on tight! And, let me tell you, that ride was bumpy! The aircraft was smaller and probably less able to negotiate the turbulence as the one on my trip there so it began to shake and toss us from side to side.  It felt a bit like a roller coaster only this was not Disney World and I needed it to stop. Jesus! Jesus! Jesus! I yelled and the passengers around me looked at me quizzically. The guy next to me asked if I were afraid. I said No, not really but this turbulence is living up to its name! He then told me that the pilot was already adjusting our altitude to make it better. He obviously had experience with this kind of thing. Turns out he was right. An adjustment here and there and we were good to go.

During our departure, the pilot didn’t just share with us the bad news of a rough ride. He also informed us that in spite of the turbulence we would hit a tailwind that would reduce the amount of flying time we had. You see, the tailwind is a wind blowing from behind an aircraft that increases its speed and reduces the time it will take to reach the destination. Although we left late, we were expected to arrive at our destination at the appointed time! The road ahead is going to be bumpy but it won’t last long and you will still get where 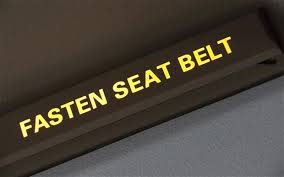 you’re headed at the appointed time. Works for me! Unfortunately, the adjustments we made midair meant that we were not in the same tailwind and wouldn’t land as early as initially anticipated. Yet, for a smooth ride and calm nerves, the extra 20 minutes didn’t mean much.

There were some things, however, that occurred to me during this trip filled with turbulence and a tailwind. While we were told that turbulence was ahead of us, I didn’t see anything outside of my window seat that indicated we had hit the turbulence. I peered outside the window looking for signs of the turbulence but it looked the exact same way whether the plane was shaking or not. In the same way, things happen suddenly, without much warning or indication and they cannot be seen by the naked eye. Everything might look the same but beneath the surface is chaos. However, we can tap into our spiritual radar system and discern what our eyes cannot see. This made me think about my friend who died and the last months of his life. He was having headaches that turned out to be brain cancer and just over a year later we were saying our final goodbyes. The courage and fortitude with which his wife, children and many family members and friends dealt with this turbulence is nothing short of amazing—I would say a miracle from God. So many rallied around him, his wife and children and I was even blessed to be able to go to a birthday party for him a few months before his death. Surely, we don’t know when we’re going to hit rough patches in our own lives but we do know based on God’s word that hard times are forecast in our future. But, God has an answer for turbulence. We may have to make some adjustments, take some alternate routes, move forward with a different set of tools than the ones we started out with, but we will get to our final destination. 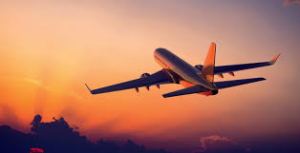 The other thing that occurred to me is that even when the turbulence is rough, adjustments can be made in order to ride it out until we reach a place of calm. It may be an alternate route, it may be flying at a different level, or it may be flying just below the clouds instead of above them. From a spiritual perspective, we may have to increase our prayer life. We may have to fast, spend more time studying God’s word, steal away to a quiet place or ask others to stand in agreement with us in prayer until we get through the rough spots. However, by tweaking what we say and do in the midst of our difficult situations, we can make it through. You see, I was able to take a nap, do some reading and work on a writing project while we were in the air. The threat of turbulence was still there but because of the changes that had been made by the pilot; I was able to be productive and get some work done during the trip. Whether we’re dealing with death, divorce, depression or despair, we can endure, overcome and even thrive along the journey.

I also realized that in the midst of the turbulence there is the promise of a tailwind. The tailwind allows us to make up ground that we have lost. The tailwind is, in my mind, God’s way of redeeming the time. It is restorative and counterintuitive to what we know about aerodynamics. It defies time and returns time to us. The tailwind is a gift. When turbulence and obstacles have caused us a delay, the tailwind gives us back some of what we thought was gone forever. That is good news! 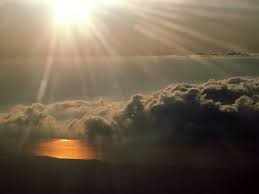 Finally, at the end of the day, I realized I was in the pilot’s hands. I couldn’t see the turbulence but the pilot could. I couldn’t make the adjustments but the pilot could. I couldn’t determine the best way to go or the best altitude at which to fly. But, the pilot knew all these things and even more. For my life, there is also someone leading and guiding my way forward. This Heavenly Pilot has the route laid out and the best way for me to get there. I can relax along life’s journey because I know that no matter what I face, God is with me. In spite of the obstacles, God will not leave me or forsake me. For every bout of turbulence, there is a tailwind that helps me to arrive at my destination at just the right time.