Posted on February 22, 2016 by mondaysatthealtar 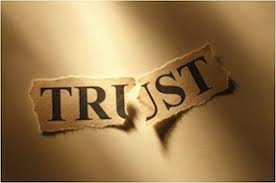 I don’t think I’ve thought that much about Judas before—at least not in a personal way. But, a recent incident reminded me in a profound way that Judas was one of the disciples, too. He was one of the Twelve, called by Jesus, trained by Jesus, taught by Jesus, sent out by Jesus. He was in the inner circle. And, whether we like it or not we have to deal with the Judas in our midst. Besides, it’s the Lenten Season. A time to deal with difficult issues, self-examination and the realities of the ultimate sacrifice. That’s why I suppose now is as good a time as any to deal with Judas.

But, Judas is hard to deal with most of the time. I recently found this out the hard way…again. I trusted someone who could not be trusted. This burns because I have such a small inner circle and very few people who I confide in. So, for someone to deliberately betray

my trust has been hurtful to say the least. It’s also left me wondering how best to deal with that person. My inclination is to cut them off and have nothing further to do with them. I have visions of flicking my hand, wiping the dust off my feet and shouting “Be Gone, you viper!” While that would make me feel better, I’ve had this nagging feeling that this is probably not what Jesus would do. When I look at Jesus’ example, he kept Judas around even though he knew ultimately Judas would betray him. The Gospel writers give us the scoop on Judas but Jesus doesn’t call him out until the same night that the betrayal happens! Let’s be honest, that’s a hard act to follow.

In Matthew 10:16, Jesus even warns the disciples, “Behold, I send you out as sheep in the midst of wolves. Therefore be wise as serpents and harmless as doves.” (NKJV) He goes on to warn the disciples to beware of people who will deliver them up to councils and scourge them in their synagogues as well as those who will put them before governments and kings. Not once in this passage does he call Judas out by name or whisper in the disciples’ ears that they better watch out for Judas. As far as we know, he never puts Judas on blast. On the other hand, he washes Judas’ feet and he shares with Judas the same parables and teachings that he shares with the other disciples. Judas witnesses the miracles and gets to walk with Jesus as one of his crew. I would have been tempted, as I am now, to give Judas the side eye and to point out to everyone I could find—over there is a wolf in sheep’s clothing. But, that’s not what Jesus did and I’ve been struggling to figure out why not.

As I have reflected on this and checked my own behavior, I can’t help but wonder if Jesus didn’t call Judas out because he was giving him the opportunity to make a different decision. Maybe there was a chance for Judas not to be the betrayer. Someone was going to betray Jesus but maybe there was a way for Judas not to be that person and to take the way of escape instead of going down a road that would only lead to destruction. Judas was treated just like everybody else so he couldn’t say that he betrayed Jesus because he was mistreated. He was given the same opportunities as the other disciples to deny themselves, pick up their cross and follow Christ. Much like us, Judas had a choice.

Of course, some of this is speculation but maybe it highlights the fact that there are times when we could be the ones who betray our faith, our family or our friends. Sometimes this happens unintentionally. Unresolved conflict, frustration and hurt feelings can lead us to say or do hurtful things to people we really care about. But, maybe Judas got to walk with Jesus as a warning and a reminder to us not to be like him. Dealing with our inner Judas—our presuppositions and insecurities—and on a deeper level, our inner disappointment when God doesn’t show up when or how or where we think God should, is one way to teach us how to deal with ourselves and those who end up stabbing us in the back.

The other thing that is clear is that Jesus remained faithful to the task for which he had been purposed while Judas was there in his midst. The one who would betray him was there the entire time and yet Jesus was able to stay focused, handle his Heavenly Father’s business and not allow himself to get distracted by the betrayer. This is probably my biggest challenge right now. More than likely, I will not cut the person who betrayed me off completely, although don’t expect to be invited out for coffee or fellowship any time soon; but, I also know that I have to remain focused and disciplined so that the betrayal does not take me off course and distract me from the work that God has entrusted to me. Mostly, I think we have to remember that the Judas in our midst cannot be ignored but they should not become our main focus either. They are there to do what the enemy puts in their heart to do. But, even when Judas wreaks havoc, Judas does not have the final word or the final say about us or the things pertaining to our lives.

Dealing with Judas ultimately means dealing with ourselves, not being distracted by the betrayal, staying focused on the work we’ve been called to do and trusting God to turn a rough and violent Friday into a victorious Sunday morning!