On Roadblocks, Detours and Shortcuts

Posted on August 18, 2015 by mondaysatthealtar

I was at the car dealership for more than eight hours today. UGH! I heard a noise that sounded like my back brakes. The mechanic didn’t hear anything. I insisted that the car get checked again and when it was, it turned out that I was right. While being right can be rewarding, I am especially grateful that I rightly discerned that not one more day needed to go by with that horrific sound coming from my car! I am also grateful that I didn’t take the mechanic’s word for it when he tried to assure me that there was nothing wrong with my car that would put me or my children in danger. Praise God for wisdom, discernment and for being kept through dangers seen and unseen, silent and noisy (like  metal-being-dragged-underneath-a-car kind of noisy). 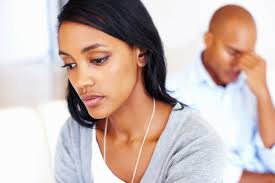 The day’s activities reminded me of a piece I wrote in 2013 in which I reflect on some of the lessons I’ve learned from delays, detours and the devastation of divorce. As always, I’m thankful for God’s grace and that still small voice that let’s us know when something is not quite right–whether it’s an unidentified noise emanating from a car, a road that’s leading nowhere or a relationship that just can’t be fixed.

On Roadblocks, Detours and Shortcuts

I spend a lot of time in my car so I absolutely hate getting caught in traffic. I think the thing I hate most about it, is that all too often you cannot figure out why you’re being delayed. Is it volume? An accident? Police activity? What exactly is the problem here?! I find myself shouting this in the car almost every day. Life in the DMV!

Instead of sitting in traffic for long periods of time, I have learned to find shortcuts to almost everywhere I need to go. I am actually very proud of the fact that I know so many shortcuts. One day this past week, we were behind schedule and I started to cut through a gas station instead of waiting at a red light since there were several cars in front of me. Before making this dramatic move, which sad to say, I’ve done many times before, I looked at the number of cars ahead of me and then at how many seconds were left on the crossing signal before the light turned green. I decided to just wait for the light and for the cars ahead of me to proceed. I realized that the maneuver I was about to make was going to take just as long if not longer than just waiting on the traffic ahead of me to move. Sometimes, the best thing you can do is just to wait.

One of my favorite and trusted shortcuts has been blocked off for about a month while construction crews have been working on the road. I’ve had to use the detour that was put in place to get from point A to point B. The interesting thing is that they opened the road back up several day

s before I realized it. I had become so accustomed to using the detour, which actually took longer, that I didn’t even notice that my prized shortcut and preferred route had been re-opened. When I finally realized what I had been doing, taking the longer route, it made me wonder about roadblocks and detours in my own life. I wondered how many times God has cleared a roadblock in my life but because I got accustomed to things being a certain way, I ignored the signs that the road ahead was no longer blocked and now was fit for me to travel on it?

I think it’s the same way with healing and moving forward from divorce and separation. Sometimes we are so anxious to move ahead, to proceed to the next step that we try to take a shortcut through healing and it ends up taking us even longer than if we had just waited in the first place. It is normal to want the hurt to go away, for the sting of divorce to dissipate with activities, comfort food and even by having someone new in our lives. However, there really are no shortcuts to healing and wholeness. The process is the process.

Then, there are times when obstacles have been moved out of our way, roadblocks cleared, and yet we don’t realize it. When we are raw with emotion, there are some people, situations and circumstances that we should avoid. As we heal and move forward, that can change.  But, the pain of separation and divorce can make us fall into patterns that made sense in the beginning but no longer apply to us or our situations. The reality is that every shortcut is not a  nor does every shortcut lead us where we need to go. Every detour does not take us out of our way. And, every roadblock is not the end.

4 Responses to On Roadblocks, Detours and Shortcuts